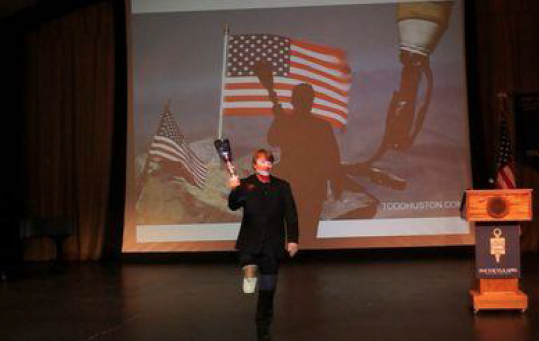 An accident happens on Grand Lake

It is summertime and that means fun times out on Oklahoma rivers and lakes. Sadly, accidents happen even in the water. Over this July 4th weekend, there was a severe boating accident that took place at Grand Lake in the very popular Dripping Springs Cove. KRMG learned that a young man jumped into the lake behind a boat. The boat didn’t see the man, and backed into him, shredding his legs with the boat’s propeller. GRDA confirms to KRMG that a young man did lose part of one leg from a boating accident.

New information from KRMG’s partner TV Station, FOX 23, confirms that the young man lost a large portion of his lower right leg. Off the clock, trained medics and others were in the area when the accident occurred and was able to help the young man. KRMG contacted Tulsa resident Todd Huston, who like the young man at Grand Lake, suffered a similar tragedy over a July 4th weekend when he was 14 years old. Todd was at Lake Tenkiller skiing with his family, when the boat backed into and shredded his legs. It changed his life. Todd eventually lost one leg due to nerve damage.

Despite multiple setbacks, he has rebuilt his life to where he is a motivational speaker – all because of the accident. Todd believes there is hope for this young man, despite what happened. “I have been able to make lemonade out of lemons. And what I will say, [about] this young man that just got hit. It may seem like the life that he knew is never going to happen. All the hopes and dreams that he had had… It is going to be a shock to him… This was nothing that he was able to prepare for…I don’t know what he’s going to do with it. But, he’s probably going to bounce back to a lot of people’s amazement and probably go on and do some great things.” Accidents involving boat propellers are more frequent than most people imagine.

There are several factors to the problem: people are distracted, they are partying, loud music is playing, and alcohol can be involved. According to Todd, there is no sound until a boat propeller hits a person, and from there it is a race against time to try and save a person. Full Article